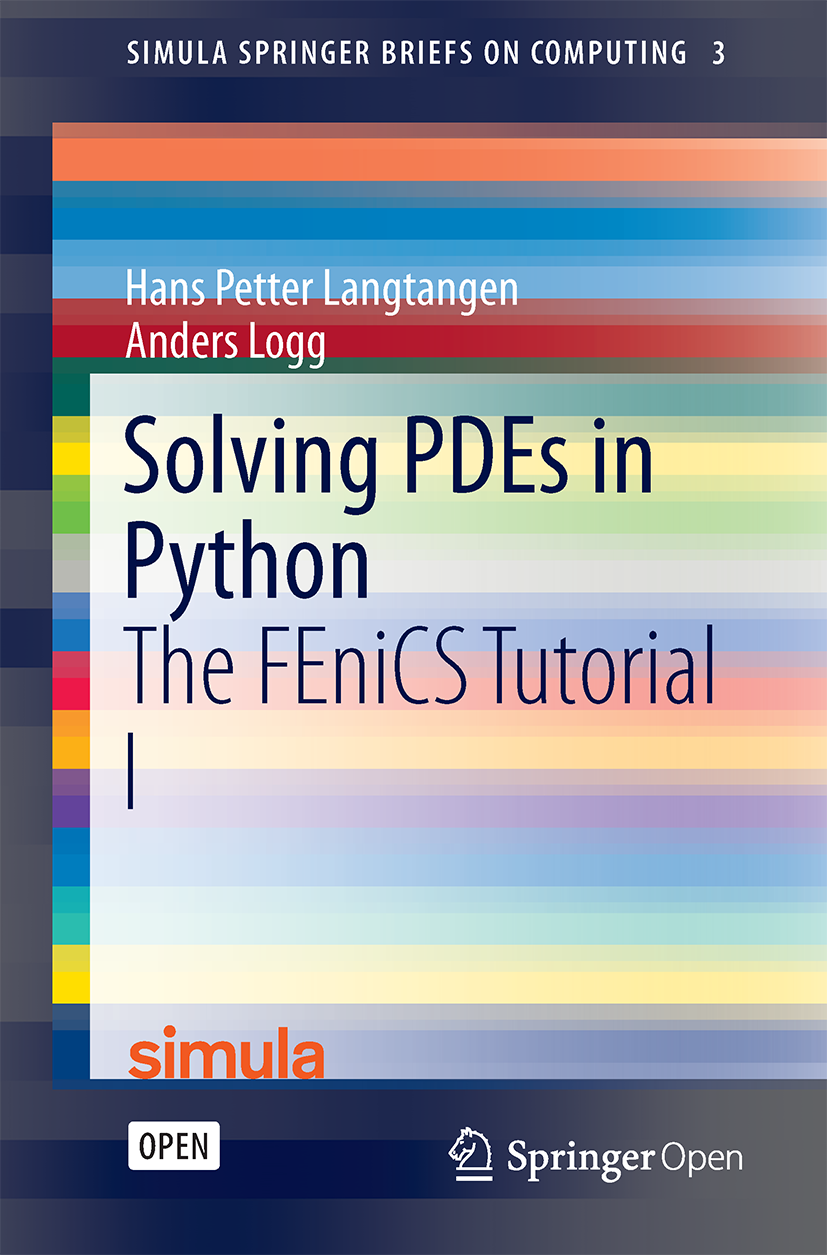 The FEniCS Tutorial was first published in 2017 with Springer.

The book Solving PDEs in Python – The FEniCS Tutorial I is published as part of the series Simula Springer Briefs on Computing. The book is open access and the eBook can be downloaded for free from Springer. The book can also be accessed directly from this page, both as a PDF file and in HTML. Pick your Poisson and follow one of the links below.

Comments and corrections can be reported as issues for the Git repository of the book or via email to logg@chalmers.se. Note that fixes will be incorporated directly into the PDF and HTML versions of the book accessible above, but will take a longer time to propagate to the Springer print and eBook versions.

All example programs from the tutorial can be accessed directly from the Git repository of the book or by following the links below.

Note: To run ft09_reaction_system.py, you must first run ft08_navier_stokes_cylinder.py to generate the geometry and flow field data for the reaction system.

If you use the FEniCS tutorial in your research, please use the following citation data: